based on the local tv reports, one may have thought nyc was experiencing the worst storm ever yesterday.  it was simply not the truth.  here is a good example of an article by someone who apparently has the same concerns about the ‘news.’  these photos were taken this morning on 1st ave & 73rd street – the aftermath of the debilitating storm: 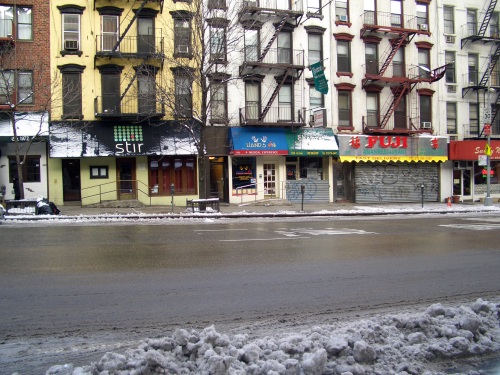 at the same time thousands of hours were spent by reporters making up stories, the people at the good news gazette were busy working on  more relevant stories which are presumably true.  another site worth reading is gimundo.  i love their slogan,  “good news served daily”.

in addition to the stories reported in the good news gazette & gimundo, somewhere in the world the economy improved, some people landed their dream jobs, some people had the baby they’ve been waiting for, people got married, engaged or fell in love for the first time.  others moved into their first home, cured diseases, became inspired, performed random acts of kindness, fed the poor, nursed a person in need, gave big money to a worthy charity, got a new puppy, exceeded a goal, got accepted into college, won a scholarship, won the lottery, published a book, received a grant or made their first million. so many good things happened yesterday! so while many were watching the un-news, i read my mail.

this is what was in my mail today: 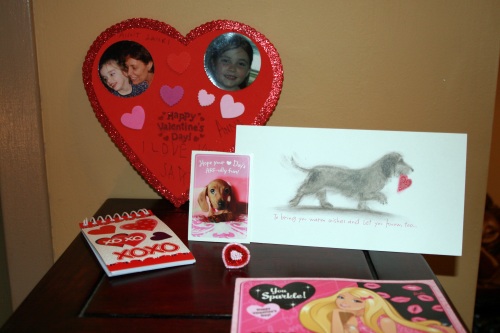 it also included some hersheys kisses which were no longer available at the time of photo shoot.

“When it is dark enough, you can see the stars. ”
– Charled A. Beard