for months now my time has been pretty much consumed with taking care of the details for my work meeting that finally took place on saturday.  i thought i would feel relieved but it seems that the follow-up is just as labor intensive.  so rather than write about it, i will direct you to april’s cr diary.   april tells the story better than i may have and she happens to be very funny.  i should warn you that because april is really the consummate professional, she left out most of the gory details including an accurate description of the actual on stage, hypoglycemic, near – death experience of the world’s foremost authority on diabetes, whom i had invited to be the guest lecturer on  –    you guessed it,  diabetes. 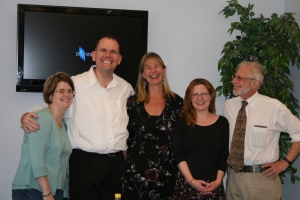 here is april along with some of the characters from her story.   link to april’s diary

“Courage is the power to let go of the familiar.”
– Raymond Lindquist