this is my dad.  he cracks me up.  mostly because he thinks he’s really funny and that makes me laugh. 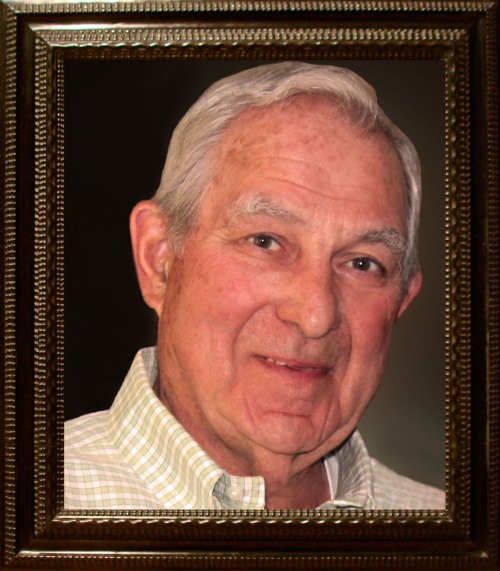 *
this is his favorite picture:

seriously.  he loves this picture.  he sends it to me all the time – e-mail and regular mail.

dad is a ‘do everything right’ kind of guy.  everything has to be done the best way possible – never just good enough.  the car must be serviced at the dealer because they will use the  best oil.  they will also inform him of any  additional maintenance that may be required to keep the car running optimally.  it would be completely impossible for dad ever not put something away immediately, leave a light on, a door open or a dish in the sink. he couldn’t possibly walk by a small scrap of paper or lint on the floor without  stopping to pick it up.

dad is one of the hardest workers i ever saw. when i was a little kid, i remember dad leaving for work all dressed up in his suit every morning – when he wasn’t off in some foreign land looking for water so that he could bid on a well to drill. mom stayed home to raise the kids so it was up to him to make all the money for everything including 4 college educations that he paid for 100%.  i always wondered why grown-ups would sometimes say, “what do you think money grows on trees?”  i always knew money didn’t grow on trees, that’s silly.  it grew in dad’s wallet.

now, except for church and some golfing in the summer time, he is still always working on something –  whether it’s researching information for one of his (grown adult) kids, reading an instruction manual for his juicer, camera, phone, ipad or anything nobody else bothers with,  cutting the grass, washing the dog, vacuuming out the inside of the dryer, building or refinishing furniture for someone, shining shoes or volunteering for the knights of columbus, he is always working on something.  here he is working on the lawn: 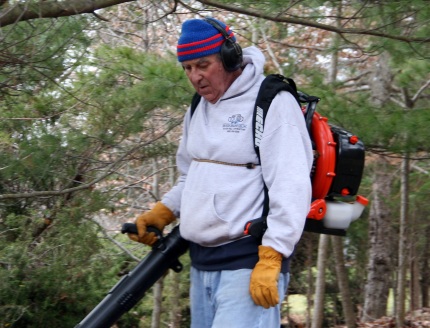 in the early days he wore a suit to the office everyday. now he wears stuff like this.  go figure.

dad is always early on time for everything – no matter what – and he gets stuff done. he makes lists and actually checks off the projects in order of completion. who does that??

in all these years, i’ve never known him to  gossip, lie, cheat or steal in any way. if he was mistakenly undercharged for something in a store, he would immediately point it out to the clerk.  my mother even thinks he actually tries to pay more for stuff he could get cheaper.

dad loves his family more than anything in the world and there isn’t a thing he wouldn’t do for us. growing up, i thought that’s just how all dad’s were – but  now i know –  i’m the one percent – and so is my dad. 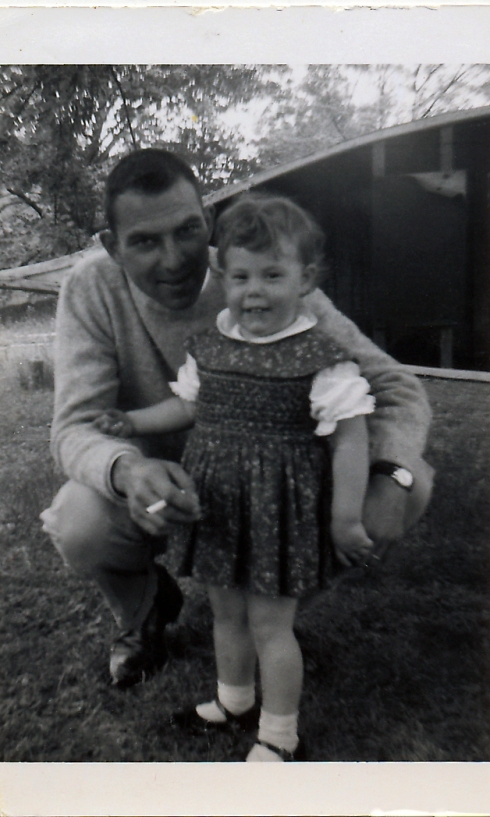 “My father gave me the greatest gift anyone could give another person, he believed in me.”
– Jim Valvano