important news for a thursday

i find it funny that people still buy newspapers.  incase you were planning on doing so today, i will save you the dollar.  straight from the ny post, these are today’s top stories:

lindsay lohan was arrested last night for punching a woman in the head at a nightclub.  i, for one, am shocked by this.

elle mcpherson is going to miami to visit her ex boyfriend in the hospital,

and andrea peyser proves that she is still a sleaze monger.

however, there is something from the post today that you should see and then you can thank me for saving you $1.

this is truly funny: 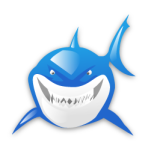 “When you’re young, your whole life is about the pursuit of fun. Then, you grow up and learn to be cautious. You could break a bone or a heart. You look before you leap and sometimes you don’t leap at all because there’s not always someone there to catch you. And in life, there’s no safety net. When did it stop being fun and start being scary?”
~ sex and the city

if you were not convinced by my  recent post  that restoring an antique or damaged photo was an amazing gift idea for the holidays this year,  i have alternate suggestions.  what about a pair of tush tightening undies for your special guy? 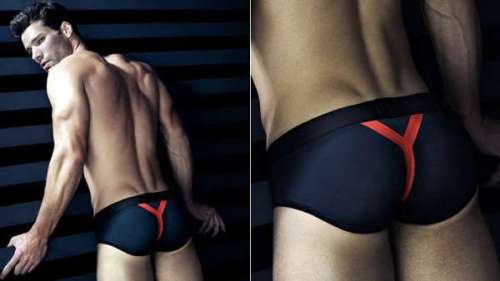 so the tush tightening undies may not be your thing  – i get it. it doesn’t turn me on either.  but do you know a guy who wouldn’t benefit from a pair of foul odor absorbing underwear?

according to trendhunter,  “There are a number of scenarios in which the Flat-D Flatulence Deodorizer would come in handy.  Imagine a first date and a bad meal.  The stomach rumbles could lead to a relationship apocalypse before it even began.  Now imagine a peaceful sleep interrupted by a toxic odor that threatens to harm everything that resides under the sheets.  The Flat-D Flatulence Deodorizer helps people avoid these tragic scenarios in a discreet manner.”

the photo restoration idea is looking a little more interesting to you right now, isn’t it?   visit  zen city design  for more info on a gift sure to be appreciated, considering the alternatives . . .

“You can give without loving, but you cannot love without giving.”
― Amy Wilson-Carmichael

way to start the day!

“If things get any worse, I’ll have to ask you to stop helping me.”
~ Unknown

time to start the shopping

and i have a great idea for you

if you have one or more of those people in your life who already have it all, consider this: give them a memory!  it’s personal, it’s thoughtful and it’s unique. restore a valued or damaged photo for someone you love.

“If instead of a gem, or even a flower, we should cast the gift of a loving thought into the heart of a friend, that would be giving as the angels give.”
~ George MacDonald

is it just me?

have you ever spent a large amount of your precious time creating the perfect playlist for your ipod, painstakingly going through thousands of songs in your database until you knew it was just such a cool mix that you couldn’t wait to take a long run (or drive) so that you could listen to it?

i’ll assume you answered yes to that question – but what about this one?
have you ever gone for a long run or drive with your new and most excellent playlist, ready to rock it to your hand picked most favorite music of all time?
you hit the play button, begin your journey and decide that although you do love the first song, it’s just not the one you want to hear right this second.  you hit the forward button and skip to the next of the top 50 songs you’ve included in your awesome playlist.  about 30 seconds into the song you say to yourself, this is one of my favorite songs, but i’m not exactly feeling it at this moment.  you know the playlist is jammed with the best of the best, so you hit the forward button again with a knowing that the next song is the one that will raise you up and make you want to sing at the top of your lungs (especially fun when driving).

the third song begins and you think it must be a mistake. you couldn’t have meant to add this song to this playlist because it’s just ok, but definitely not one of your top 100.  fast forward one more time.  you love the next song. your back on track – until the following song begins and you are not particularly in the mood for it even though you clearly recall re-discovering it in your music cache and yelling out loud to your self, i forgot all about this song! i love this song!! this song definitely belongs in my new most excellent song playlist!

does anyone else have this problem? 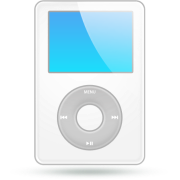 “In three words I can sum up everything I’ve learned about life: it goes on.”
~ Robert Frost

without giving it too much thought, would you tell me something?

in the comment box, just tell me what comes to your mind – don’t even think abut what to say – just write something.

this is an experiment and i’ll tell you about it later in the week.

(if you prefer not to comment on the blog, feel free to e-mail me directly at sdcags@hotmail.com)

Tagged experiment, talk to me, thoughts

hiding in the silver lining

New Jersey native John Turner, 38, returned to his home state to help with the Hurricane Sandy relief effort, and left $70,000 richer after hitting the jackpot in a Garden State lottery.
Turner, who runs a water removal business in Chicago, knew that his skills and equipment were desperately needed when Sandy ravaged New Jersey.
Shocked by the devastation, Turner even emptied out some flooded homes free of charge for families that got hit particularly hard by the storm.  full story
*
Whole Foods
The store nicknamed “Whole Paycheck” for its high prices surprised some Manhattan residents with a generous offer earlier this week. On October 31, Whole Foods  in New York’s Tribeca district — one of the neighborhoods that lost power Monday night and is still waiting for the lights to come back on — had food on shelves and in storage that was about to go bad. Management could have held a fire sale but instead decided to hand out all perishables for free. Twitter alerts brought instant crowds and news crews.  (source)
*
Adorama
Any retailer that allowed residents without power to charge their cell phones and computers became a hero this week, and remains such. Meanwhile Adorama, a camera store on West 18th Street, went one further, setting up a charging station in front of its storefront.  (source)

U-Haul
Free self-storage would thrill any real estate-deprived New York area resident even in the best of times. During the Hurricane Sandy recovery, dry, clean space is even more valuable, especially to those facing property damage or those forced to bunk with friends, family, or strangers.  Right now, U-Haul is offering 30 days of free self-storage and U-Box pod moving to assist victims of the storm. (source)
*
Duracell
Duracell  gained some energized fans by taking to the streets of the New York metro area this week with its Duracell Rapid Responder truck. Employees handed out free batteries and access to charging lockers.  (source)
*

On the Upper East Side, residents of 200 East End Ave. — many of them elderly — found themselves without power after the storm flooded their basement. And just like that, their neighbors across the street at 180 East End offered to take them in. That was welcome news for Mike Traub, 74, who suffers from muscular dystrophy and gets around with a scooter — but who lives on the ninth floor of 200 East End, and had no way of getting downstairs. Or so he thought. The building’s porter, Luis Cortes, carried him down. “I knocked on the door and said you need to get out, but he said he couldn’t walk. I said no problem, and carried him down nine flights. It was difficult, but I did what I had to do” said Cortes, 53.

Another building employee, José Murillo, carried Traub across the street. When he got to his host’s apartment, “They were very welcoming, and food was pushed on us. Cakes, coffee, salads, soups.” Traub’s wife, Bonnie, said, “They were super wonderful. They put little chocolates on our pillows and they made us an incredible breakfast. New Yorkers are the greatest people in the world.” in all the years i’ve lived here, i never understood why new yorkers have a reputation for being rude & uncaring.  my experience has been just the opposite. on the countless occasions i’ve seen people fall down or be in need of help, there are always plenty of people tripping over each other to offer assistance.  One of those who played host to displaced neighbors was Robert Horowitz, 82, a part-time Traffic Court judge in Nassau County, and his retired teacher wife, Micki, 81. “I spoke to my wife, and we said [to the people working downstairs], ‘Send someone up who needs a bed.’ ” They sent up Dorothy Kreindler, 80. “They were true good Samaritans, as many people were there and at 170 [East End],” Kreindler said. “They are wonderful people.” __________________________

In Red Hook, the west side of the neighborhood was still without power, with elderly residents essentially trapped inside of their apartments. Dorothy Robinson, 94, stayed in her fifth-floor apartment on Center Mall in the Red Hook Houses. “I’ve seen worse. World War II was worse,” Robinson (above) said. “But I didn’t think it was going to be this bad.” Now she’s running out of food, as is Joshua Rodney, who’s also on the fifth floor. Rodney, 85, has a leg injury and breathing problems. “God, oh mercy, I can’t go down the stairs,” Rodney said. Both are now relying on the kindness of strangers, and those strangers have been reliable. Yesterday, volunteer Conor Tomas Reed, 31, of the Red Hook Initiative, brought plates of rice, beans and vegetables, along with gallons of water for residents.  full story

Worried that the hen would become a victim of the looming “Frankenstorm,” the pair picked the gentle bird up and took it home with them. There, they made her a bed from a cardboard box and lined it with T-shirts to make her comfortable in the kitchen as the hurricane approached.

“She was so freaked out by the storm, she wouldn’t stop clucking,” said Mottalini. On Tuesday, the no-longer-spooked hen showed her thanks by laying them an egg.  full story

a simple reminder of all the good people we are surrounded by –  always.

“When people show you who they are, believe them.”
~ Maya Angelou