i used to think 7 was my lucky number i’m changing my lucky number to 75.

“Your vision will become clear only when you can look into your own heart. Who looks outside, dreams; who looks inside, awakes.”
~ Carl Jung

if you’re short on reading material 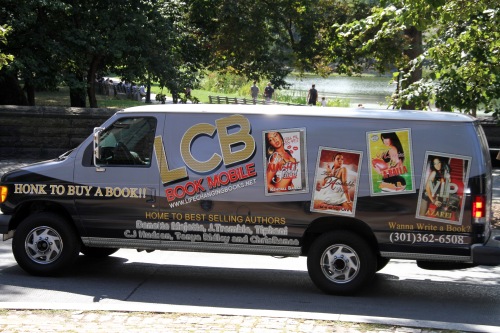 “Show me a sane man and I will cure him for you.”
~ Carl Gustav Jung

on east 73rd street i knew  a lot of people. every morning i would walk ivan between 6:00 – 7:00 am and i could count on seeing the regulars.  they weren’t necessarily my friends in the sense that i would hang out with them off the block, but i knew a bit about each of them and could count on them for a smile and some friendly conversation each day.  there were the dog people – the neighbors who walked their dogs at the same time every morning.  julia & lady, lea & joyti, andrew & zeus, chris & biscuit, theresa & coco and many more.  at around 6:45 grace, her husband and their small son would be opening the laundromat which they owned.  alex, the local shoe repair man was open at 6:00 but since there were few customers at that hour he could usually be found across the street from his little shop helping walter set up the sidewalk book store to raise money for the kids at the ronald mcdonald house.   walter volunteered his time running the sidewalk book sale monday through friday from 6:00 – 12:30 – even if it was 12 degrees out.  and then there were the ‘car parkers’.  these were the neighborhood peeps who parked on the street and could be found waiting for a spot to open up on the right side of the road.  joey was a ‘car parker’ friend. he played piano at mimi’s on 52nd street in the evenings and spent a good part of his mornings sitting in his car waiting for a spot to open up.  and there was the irish guy.  i never did know his name but he reminded me of a leprechaun – always jolly, waving and smiling. sometime he would be sitting in his car even if it was on the right side of the street. he was retired and i think socializing from his parked car brought him joy each day.  i even got to know the restaurant delivery guys who made the deliveries to petaluma early each morning.  by 7:am they could be found loading the basement with fresh ingredients for the day as paul, the head chef, supervised.

ivan and i would cross over 1st ave where we could count on a friendly morning ‘hello’ and a neighborhood update from chris, julio and george, three of the supers we got to know.  part of their daily routine included hosing down the sidewalks which they would do early in the morning, before the sidewalks got too crowded with people heading to work.   and dino.  dino was the greek doorman at 345 east 73rd.  dino would tell me i was beautiful and give me a kiss on the cheek each morning when i passed by his building.  each block in the neighborhood had it’s own set of characters i could count on seeing every day.

depending on the weather, we would go as far as central park or, in the winter, just circle the block as fast as possible.  the guys from the market on the corner of 74th and 1st would always spot me.  by the time i arrived my vanilla cappuccino was ready & waiting for me on the counter.  ivan would patiently wait at the door  as i ducked in and traded a dollar fifty for my vanilla cappuccino, avoiding the line of people waiting to place their breakfast orders. i never had to wait in line. my vanilla cappuccino was always ready and if i forgot to bring money it didn’t matter.  i would return later in the day and pay for the coffee – no problem.  i loved those guys at the market.

by the time i arrived home usually around 7:00 am, i had spoken with more people than a suburbanite might even see in a day.

these are all of the friends i’ve made in nj in 7 months:

“Even a happy life cannot be without a measure of darkness, and the word happy would lose its meaning if it were not balanced by sadness. It is far better take things as they come along with patience and equanimity.”
– Carl Jung