often what happens in ny can really only happen in ny.  take, for instance the story in today’s ny post.  there’s a trial going on to decide the fate on robert morales.  rob shot his parole officer & now he’s on trial for attempted murder. one of the juors on rob’s trial, juror #6, is an aspiring actor who recently applied to audition for a part on one of only 3 shows i watch; law & order.  i love that show.

luckily, today juror #6 got a call back for the audition.  yay, juror #6! he told brooklyn supreme court judge wayne ozzi and asked if he could go. the judge said yes.

Ozzi delayed opening statements until later this afternoon and told the juror, “Good luck. We’ll be looking for you on TV.”

The juror will return after his audition to decide the fate of Robert “Poison” Morales, who is charged with shooting his parole officer at the officer’s downtown Brooklyn office.

and for more important news, tanorexic, patricia krentcil, toned down her tan to prove she’s not an addict.  see the ny post for details! 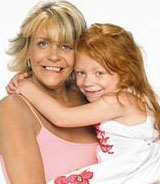 wishing a fabulous weekend to all!

“This City is what it is because our citizens are what they are.”
~ Plato